VIP Areas will be at the McFaddin-Ward House on Thursday and Saturday at the Jefferson Theatre. Drink tickets will be issued for the Saturday VIP Area.

The Red Room (on Crockett Street)

While investigating a mysterious murder, Detective David Freeman uncovers a long-buried secret that traps him into a world of terror.

She Rides a Bull

Darlene believes she has the right stuff to make it in the mans world of Professional Bull Riding: fearlessness, strength and that touch of crazy that compels you to keep going when every cell in your body cries for you to quit. 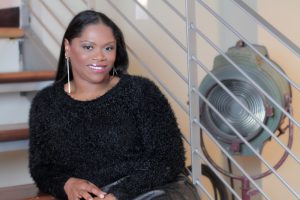 Tricia Woodgett is a Dallas based filmmaker and founder of the innovative new multicultural distribution platform, FilmCloud. Tricia has been an independent filmmaker for nearly 10 years, whereas she has produced and/or written 7 titles. Recently announcing FilmCloud’s open window for indie submissions, Tricia is gearing up for the official release to accept subscribers at this year’s South by Southwest Film Festival. FilmCloud is a subscription based platform with two primary customer segments: multicultural, independent filmmakers and viewers of independent films. Filmmakers may submit a trailer link and film summary to [email protected] for consideration. After the after the official release, filmmakers will be able to submit their films via the FilmCloud website, www.myfilm-cloud.com. FilmCloud accepts, features, shorts, webseries, documentaries and magazine shows at no charge. In addition to distribution, FilmCloud offers support services such as social media planning, marketing, licensing, special event coordination, licensing and merchandising.
[vc_custom_heading text=”Meet the Filmmakers (1:15 PM)” font_container=”tag:h3|text_align:left” google_fonts=”font_family:Oswald%3A300%2Cregular%2C700|font_style:400%20regular%3A400%3Anormal”]

Filmmakers from several of our screening films sit down to chat candidly about their experiences and share tips with audience members. Filmmakers slated to be present include: Mathew Dunehoo from “No Margarettes”, Malcolm Morrison from “Picawalico”, Tish Stringer from “Not Lost! Linocut Printing”, JJ Pollack from “Cheat. Choke. Repeat”, Royd Anderson from “The Upstairs Lounge Fire”, and Michael Lyle from “The Eye”. 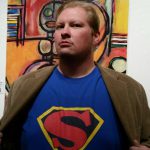 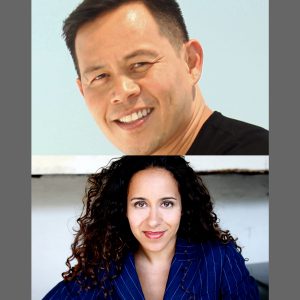 Ernie Reyes Jr has a long history of stunt work and martial arts from Teenage Mutant Ninja Turtles (I & II), Surf Ninjas, and the Run Down.
Met Salih is best known for her stunt work on Now You See Me (2013), Dawn of the Planet of the Apes (2014), and This is the End (2013). Most recently she appeared in episodes on NCIS: New Orleans.
Panel Moderator: Jody Nolan, Owner of World Gym Beaumont. 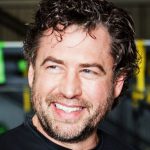 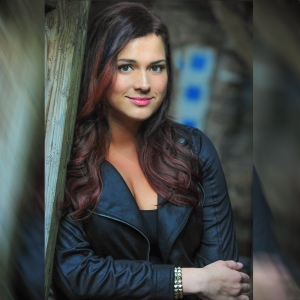 Ignacia Soto-Aguilar is originally from Santiago, Chile, and raised in the Bay Area, California. After college, her love for beauty led her to Paul Mitchell Academy in San Francisco, where she quickly became involved in programs that allowed her to be in fashion and beauty teams on major events such as LA Fashion week, and her work could be seen in national and international publications, including Vogue Italy.
Since she transitioned to film and television (working as the head make up artist of CMT’s hit tv show “Sweet Home Alabama” for 4 seasons, and doing make up for the NFL network) evolving film making demanded versatility, which quickly led her to immersion in the world of special effects.
Her make up resume now include department head credits on films such as Rage (starring Nicolas Cage) and key make up artist credits on films such as the Devil and the Deep Blue Sea (starring Jessica Biel and Jason Sudeikas). She is the key make up artist on MTV “Scream” which is currently filming season 2.

A chance to meet and mingle with the fimmakers and cast who submitted their work to the festival as well as VIPs and other honored guests. There will be drinks and refreshments provided. Make sure and pick up your VIP pass to attend.

Here is the time we hand out awards to all of the winners in each category for the film submissions. We’ll also be screening all of the 48 Hour Video Race entries as well as the Top 3 Music Video race winners.

Be sure to check out the festival after party. To wrap up another festival we’ve prepared some might entertainment. We’ll have music by Baffalo Paws and our returning Brooklyn-based duo Hank & Cupcakes. And don’t forget to catch the screenings of Clinger and Delirium at Midnight.

The Texas Punishment Crew Brazilian Jiu-Jitsu and Beaumont’s own Acro-Yoga groups will be out in force to show off their skills during our vendor market starting at noon.

Food trucks invade Beaumont! Dat Mac, Boss Burger, and the Bar Local Taco Truck will be offering fares so take this opportunity to let them come to you!