BoomfestX continues Friday night at Spindletop Gladys City, located on the Lamar University campus. Come enjoy a night flush with film and music right next to a working replica of the Spindletop gusher that officially made Beaumont a Boomtown. Here is a rundown of your fantastic Friday at the 10th Annual Boomtown Film and Music Festival! 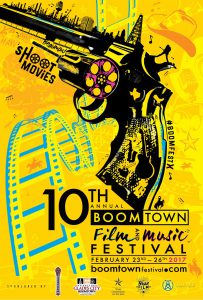 Friday night BoomfestX is screening in the Spindletop Gladys City Film Room. You may feel like you’ve drifted back in time, but unfortunately we don’t really have a time machine. (Well, most of us don’t.) 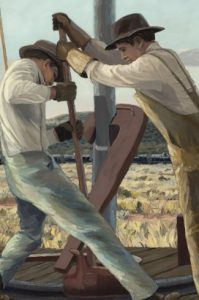 Enjoy two Texas-based documentary shorts. Paired perfectly with Spindletop Gladys City’s historical recreation of the Spindletop discovery, “Midnight Oil: The Making of a Mural” delves into the research and creation of an art piece representing the history of oil discovery in the Permian Basin. Then from a local filmmaker “Dirt Track Life” presents a brief look at the sport of dirt track racing. This short offers local color and a quick view of life on the dirt track. 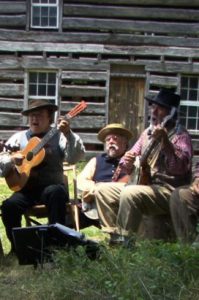 Feature documentary Dixie examines the history and culture of the song “Dixie” to illuminate how the song resonates across racial lines. After watching this film, you’ll never think about this controversial song in the same way. 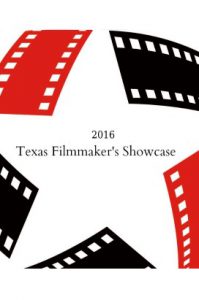 BoomfestX is your destination for the Houston Film Commission’s annual Texas Filmmaker’s Showcase, which collects the best short films made either in Texas or by Texans each year. The 2016 showcase presents eight independent shorts that were selected as the year’s best:

Join us in the Spindletop Gladys City Saloon for live music starting at 8:00 PM. Here’s your line-up: 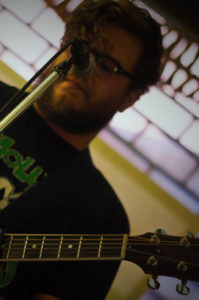 Beaumont singer-songwriter Greg, Jr. brings his bluegrass folk sound to the stage at 8:00 PM to kick off another night of great live shows. Don’t miss his raw musical storytelling.

Singer-songwriter Cody Schaeffer will have you feeling nostalgic with his folksy set, paired perfectly with the saloon. You’ll be so in love with him and Beaumont by the end of the set that we’re probably going to need body guards.

Austin-based psych-pop band Tele Novella brings you a haunting, dreamy set that will make you feel things in the best of ways. Experience their unique style before they leave town.

Beaumont’s very own soul, funk, and blues band closes out the night with a set that will stroke your insides.

We can’t wait to see you tonight!