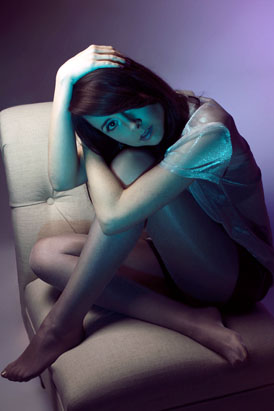 A singer from an early age, her voice has been compared to that of Lauren Mayberry and Georgia Nott. As the frontwoman for electronica trio BLSHS, she enjoyed multiple festival appearances, countless words of praise in the media, and a grueling schedule of tour dates and sets at places like CMJ Music Marathon and SXSW. However, after work stalled on the follow up to BLSHS debut album, the producer/singer/songwriter began a journey that would start with a question and end with a whole new solo project. That project, known simply as MIEARS, found the singer writing, producing, performing, and recording the solo effort. MIEARS has gained praise from across the blogosphere over the past year for her debut EP, Who Will Save You?, released 2/17/17 via Loose Narrative.
Hometown: Houston
Music Genre: Synthpop