Andrew Bolzman has crewed for over a dozen movies and TV shows in the past few years, including being part of the location management teams for the AMC Original Series “TURN” and Jeff Nichols newest film, “Loving”.

Boomtown: This is the second or third historical movie you’ve crewed for over the past few years; when you work on a historical film, especially with location management, do things feel different, are you constantly looking at things with an eye set to the period of your film, or are things pretty much the same as they would be on a normal shoot?

Andrew: I would almost say both.  You do look for things specific to the production and the nature of a historical production will dictate the nature of how you look at location.  But in a lot of ways it is similar, because Production is looking for something specific.  You have to lookout for things that you can keep the same verses things that you have to alter and change for the shoot.

With recent films like Lincoln, 12 Years a Slave, Selma, Brooklyn, Spotlight, etc. why do you think that there has been a rise in artistic historical dramas over the years, and will it continue?

Personally, I believe those decisions are based on marketing and what has been working well and has been selling to the movie going audience.  Something like a true story can sometimes appear to have more value as people are drawn a little more strongly to those films because they can be entertained but also feel like they are learning about history.  It’s really a true story craze and history is a subset of that.  And many times it can be applied to today’s news and politics.  That’s ultimately what I think is driving these historical films.  I feel like the success of shows like Downton Abbey and Turn, that have such a historical feel mixed with true events, has further popularized it.

For Loving, you worked under Location Manager Colleen Gibbons, who has had quite a career, working on projects like Minority Report, Lincoln, Zero Dark Thirty, Captain Philips, and more, what was it like to work with someone so skilled in her craft?  Does it change the flow of production at all?

It was such a joy working with Colleen.  And absolutely, working with a professional with a resume like that just gives her the authority and confidence to get the job done, and me, it gives me confidence because I can trust her.

Colleen is just dedicated to the job and I don’t know when she slept but she was always working before I was and working after I was.  It was good for me to work with someone who has been a part of bigger projects.  Plus it was fun to listen to her swap stories about movies I was watching in high-school. 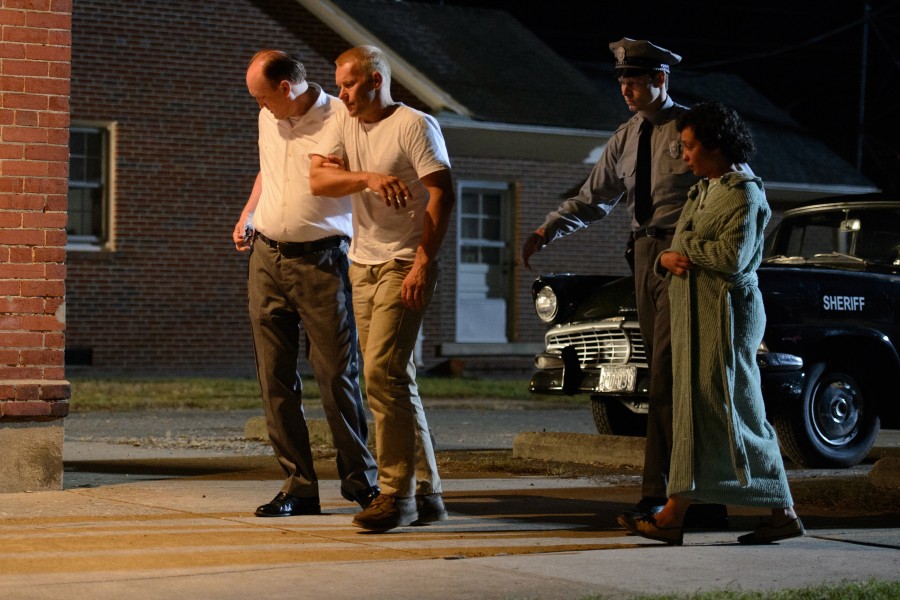 What is your favorite role on the set of a production, now that you’ve have several different experiences on variously sized projects.

Favorite job: I have a passion and love for assistant directing.  The responsibilities that those roles have to work with is incredible.  It’s scheduling and managing and juggling how long it’s going to take to get actors from one location to another and you’re working with egos and tired people and people have no confidence in people with no confidence.  It’s really managing that large group of people and working with people and logistics that I just love doing.   I have done a lot of locations work as well, mostly related to the logistics side of things, and locations is less managing people but still important and a lot of logistical work, which gets me fired up and out of bed in the morning.

If you could choose your next project right now, what kind of project would it be?  Why?

My dream project, for which I don’t feel qualified, or something I could do now?

For filmmakers who are simply trying to get a foot in the door, what would you say to them?

The film industry as a whole is extremely network based.  Try reaching out to anybody.  You can almost reach from anywhere to anywhere.  Try to meet up with them and have coffee.  You have to be very proactive, especially at the beginning, you have to be friendly right at the door.  People want to work with their friends so try to be friendly.  You have to work hard and if you can do that and be friendly, that will really take you far in this business.

Trailer for “Loving” starring Joel Edgerton and Ruth Negga. The film is to be released on November 4, 2016 by Focus Features.

Andrew Bolzman’s complete filmography can be found at his IMDb page: