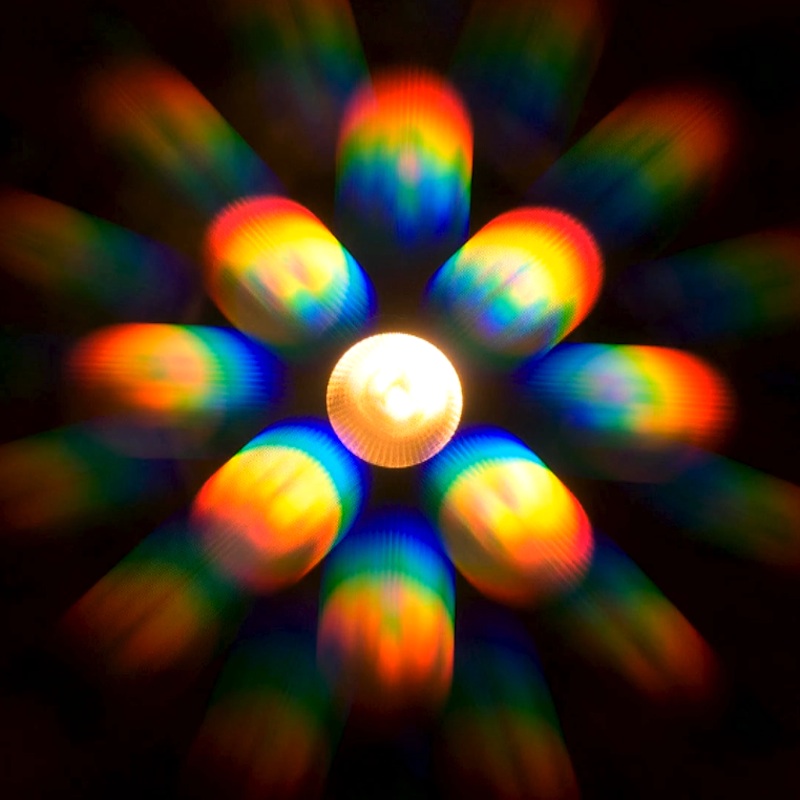 Water streaks up the screen as color flickers in and out like a confused strobe light that is clearly under the influence. An unsteady voiceover fades in and out with bits of old news reports. You aren’t sure exactly what he’s saying, but it vaguely seems to be about the meaning of life, or lack thereof considering that now the screen has reversed and shows a lonely glass slowly being emptied of the water it once held.

As you watch the water inexplicably disappear into the top of the screen, you can’t help but ask yourself, “What the hell am I watching?” 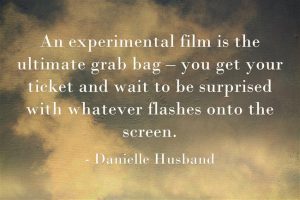 Experimental films can be polarizing for even the most devout film lover, but that doesn’t mean that they don’t bring something to the table for everyone to enjoy (yes, even the hot mess of lame that I described in the opening). As a person who gets really excited about the prospect of watching experimental films, I value the opportunities presented by the genre. An experimental film is the ultimate grab bag – you get your ticket and wait to be surprised with whatever flashes onto the screen. From the highly conceptual to films that could almost be categorized as a narrative, each film captures something unique to its maker. It becomes a shared moment between an artist and his/her audience in a way that differs from the traditional genres because experimental films are by definition rule breakers. They defy conventions to bring us a new kind of experience, and that allows both the filmmaker and the audience space to grow.

As a genre, experimental film provides filmmakers with an excellent space for playing with the visual medium as an art form. The filmmaker can toy with the filmmaking process, mix art forms, and explore themes and conventions in new ways. In addition to offering room for artistic expression, experimental films allow filmmakers to work alone or to collaborate with others. As a struggling filmmaker myself, I know the hardship of finding individuals to share in the process from start to finish, let alone finding those who will work within each other’s visions for the film that they wish to produce. The experimental genre can provide a home for filmmakers who need to create but may not have the cast and crew necessary to produce a conventional film. Additionally, because of the flexibility of the genre, experimental film allows filmmakers a space to share stories or capture ideas that may not work as well in the conventional genres. Art can be about a moment, an idea, or a concept, and watching how a filmmaker pieced that together into a mishmash of art forms that became an experimental film can be exhilarating.

Experimental films combine mediums in ways that we don’t expect, bringing us new and diverse art. While it can be a sore spot for viewers, the unpredictability of the experimental film is one of its best features. How many times have you watched a movie and figured out the ending about halfway through? Because anything goes, the filmmaker can still surprise us with the unexpected, which is too often rare in films – even the great ones. Experimental films will make you think, and that’s what good art does. Whether or not you feel entertained by the film, you walk away with

something that you didn’t have before, whether it be a thought, a feeling, a visual, or a deep-seated hatred for the filmmaker who made you watch that.

Don’t be afraid of the experimental film. Seek them out at festivals, in art houses, at bars (yes, for real), and on YouTube. Partake of what each filmmaker has to offer and give them your support. If you don’t like a film, watch another. Childhood experience tells us that we have to keep opening the grab bags to get the good surprises.

Get experimental with the following starter films:

Build Your Playlist: Five Movie Soundtracks You Should Be Spinning